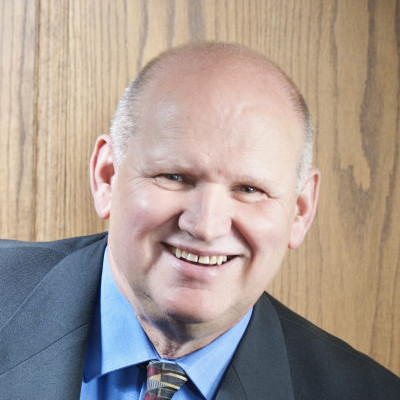 I learned a lot of things when I got to sit down with Jim Turner to talk about the election. I learned that I need to use a better tripod, my apologies to the viewers and especially Jim for the quality of the video. I also learned Jim Turner Means Business as City Councilor for Medicine Hat.

I had a lot of fun meeting Jim, I could tell he was used to being interviewed…I was the newbie here. I want to say thank you again to Jim for meeting me. I think it stands testament that he was instantly willing to talk to me, I will even admit I am building my audience so Jim really is being gracious in welcoming me.

Other then the first couple of moments where I repeat my question to Jim, the whole interview was an experience I will never forget.

I am fascinated by politics, something I have never wanted to get directly involved with however I think we need to continue to focus on positive change. This means getting involved in our community, and so far meeting these people in Medicine Hat who are candidates for the civic election in October has given me a curiosity for more.

Let’s talk about Jim Turner. For Jim, this is all business but at the same time, I can see why Jim Turner has already served 2 terms as a Councilor in Medicine Hat. He believes in all his decisions and he believes decisions he has been making all these years are in the best interest of the people of Medicine Hat.

Jim doesn’t claim to know everything and he also doesn’t claim that he always makes the right decisions, every time.  That however is what I think I liked the most about him as he explained how he got into politics.

Jim Turner thought there was a better way of doing things in City Hall almost a decade ago because he himself had built several successful businesses. Including a grocery store. Now there’s a labour of love. Feeding the people and dealing with the reality of looking for a profit for all your hard work.

Jim Turner felt like there were other ways of doing things and let’s face it, at the core of these decisions is fiscal responsibility.

That was the other thing I learned from Jim, Politics is Business.

The words transparency and accountability continue to come up in this election and they will for the next 2 months.

Depending on which candidate you talk to, there are different reasons they are running, all with the best of intentions, and Jim isn’t afraid to talk about that either.

Knowing from experience and knowing from research is what Jim suggests. He knows that there are many candidates in the running and to him this means maybe there are indeed a few things that can be cleaned up.

He disagrees that the good ole boys club is in charge in Medicine Hat. The words you sometimes hear when the City makes deals or does business and not everybody understands what’s happening.

Jim says he got into politics because the people serving the Gas City at the time themselves had been warming the seats for over 20 years. He felt like they were the reason new blood was needed and he would bring change.

He wants the other candidates, and, the voters to understand just how much information there is to absorb in to make the best possible decision as you have been elected to do.

When there is an issue to be decided and you are handed 180 pages of small print to digest, you have to be committed, you have to want to know what’s in those pages.

After speaking with Jim and just listening to him talk about economics, and the issues that are coming up for discussion he reminds me of what is most important.

Knowing as much about the situation in front of you as possible. Jim wants the voters to know where he stands and this includes knowing that he has a stance on selling the Utilities. Again he is all business because he mentions that he has always said, if there is ever a sale of these Utilities, he would demand provisions that would make the sale, always be in the best interest of Hatters. That’s smart business and smart politics.

On other issues he talks numbers and reminds me of just how big a deal this job really is. He reminds me of Jeremy Silver and the fact that Jeremy is running to gain experience and get a better understanding of the business of politics.

The big difference here is that Jim doesn’t want to be the Mayor of Medicine Hat. He just wants to finish what he started and that is pretty much to stay the course of what he believes in.

His favourite is Strawberry, that is another thing I learned we have in common. I think Jim Turner is going to win reelection and keep his seat in Medicine Hat in October.

I think the reason he is going to win is because he is doing a good job and the people that voted for him are going to do that again.

Jim says people need to get involved more, pay attention to the issues that are important to them. Out of all the candidates that are running, why are they running?

Do they have strong platforms? Is their campaign built on resolutions that will benefit Medicine Hat or are they simply complaining about the status quo?

There are 8 spots for councilor and there is absolutely no doubt that the people of Medicine Hat want some answers and a better understanding of what is happening, especially moving forward.

There are many issues that still face downtown but Jim says it’s early.

We have only just begun and the important thing will be to educate and inform yourself before you vote.

There are many different sides to every issue and they are all important. I think the reason Jim Turner has been successful in business and in Politics is because he takes the time to cover the numbers, what they mean and then ask how it benefits the people beyond just being monetary.

Politics might be business but there has to be combination of critical thinking, compassion and common sense. To do that, all the facts have to be reviewed and considered before a decision can be made.

Jim does this. He has the experience, the hindsight, and the vision to go another term.

I think the other candidates could learn a lot just from watching this video.

You can find out more about Jim Turner by visiting his website. You can even send Jim a personal message by video. Let Jim know what you think.